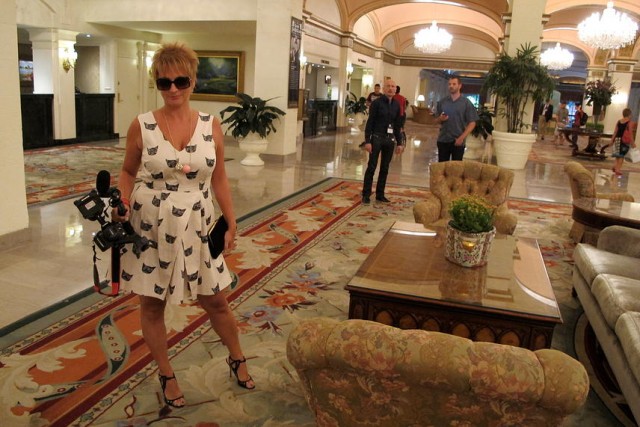 Mócsy heading to film at the Smithsonian in 2012. [Image credit: Ágnes Mócsy]

The words SCIENCE, CREATIVITY and EXECUTION were written on the blackboard. Art students came up one by one, presenting their videos, paintings and songs about the astronomy they had learned in Ágnes Mócsy’s class at Pratt Institute in Brooklyn. “You know that you’re better off if you have questions for each other,” Mócsy warned the class in order to encourage participation as she critically assessed one student’s poem about the formation of stars and planets. She seemed tough, but a slight smile gave away her delight with what the students had produced. …