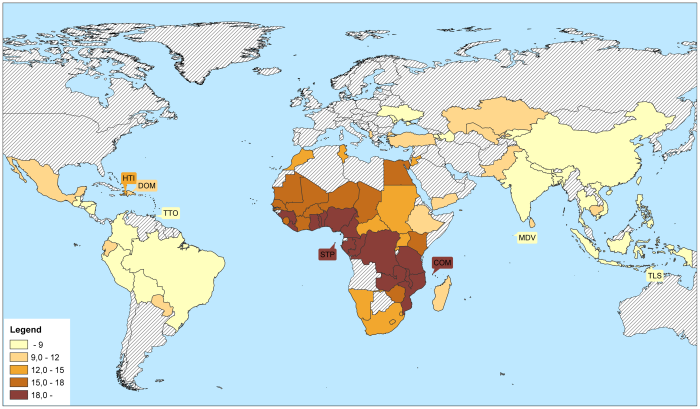 The small West African nation ofBenin has a higher concentration of twins than any other country in the developing world.

That’s according to a study published in PLOS ONE, which surveyed twinning rates in 75 low and middle income countries from 1987 to 2010.

Factors that can contribute to twinning, according to the study, include the mother’s age, height, previous pregnancies, oral contraceptive use, and heredity — which is why twins are said to run in families.