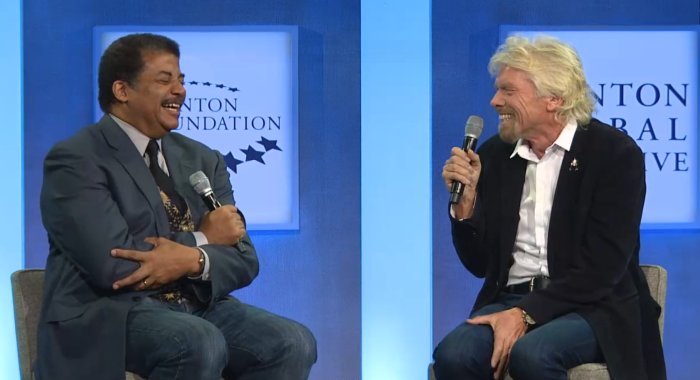 Richard Branson and Neil deGrasse Tyson think we should launch politicians into space.

Not permanently, but for just enough time that they can “see Earth in a way where there are no national boundaries,” Tyson said.

Branson, founder of Virgin Group, which has over 400 companies including his space venture, Virgin Galactic, was interviewed by Tyson, Director of the Hayden Planetarium and host of the StarTalk Radio Show, at the Clinton Global Initiative, a conference hosted by the Clinton Foundation that focuses on ways to solve grand challenges.